Los Angeles, Monday, October 26, 2020 - MGM announced today that the studio has partnered with Kenya Barris for a feature film about legendary comedian Richard Pryor. Barris will write, produce and direct the film, marking the award-winning storyteller's feature directorial debut. The new film lands at MGM, following a highly competitive sale with multiple studios vying for the project. Alongside Barris and his Khalabo Ink Society, the film will be produced by Jennifer Lee Pryor and her Tarnished Angel, and Tory Metzger for Levantine Films. Adam Rosenberg will serve as executive producer.

A groundbreaking, once-in-a-lifetime talent, Richard Pryor was a masterful storyteller, a multi-talented entertainer, a comic of acerbic wit, and a survivor with no self-pity. With his raw, honest and deeply personal approach to comedy, Pryor transformed the entire art form through his work, inspiring and influencing the generations of artists to come.

"The way Pryor did what he did -- with truth and specificity that was somehow self-aware and self-deprecating, and said with an unmatched level of vulnerability – that was the power and impact of his work," said Barris. "Pryor had a voice that was distinctly his and, in many ways, comedy since then has been derivative of what he created. To me, this is a film about that voice, the journey that shaped it, and what it took for it to come to be."

Said Jennifer Lee Pryor, "Having had a front row seat to much of Richard's life, I am excited that the mystery of his genius is finally going to be explored and Kenya Barris is the perfect person to do it. Richard and Kenya are creative brothers."

Said Tory Metzger, "Working with Kenya, Jennifer, Adam and MGM to explore Pryor's artistic and cultural impact and his enduring relevance is the kind of creative experience any producer hopes to cultivate."

Said Michael De Luca, MGM Film Group Chairman and Pamela Abdy, MGM Film Group President, "The NY Times has said of Richard Pryor, he was ‘iconoclastic standup comedian who transcended barriers of race and brought a biting, irreverent humor into America's living rooms, movie houses, clubs and concert halls.' We couldn't agree more. Along with our partners Kenya, Tory, Jennifer and Adam, we are incredibly excited to share Richard's extraordinary life with audiences the world over."

The first ever recipient of the prestigious annual Mark Twain Humor Prize, Pryor is celebrated the world over for his live comedy, and for his commitment to presenting the truth as he saw it. He appeared in almost 50 movies, headlined the series "The Richard Pryor Show" and "Pryor's Place", and wrote for shows, including "Sanford and Son", "The Flip Wilson Show", and two Lily Tomlin specials, one of which earned him both an Emmy and a WGA Award. His first screenwriting credit "Blazing Saddles"", with Mel Brooks, earned him the WGA Award. His stand-up has been captured in four feature films, "Live and Smokin'", "Richard Pryor Live in Concert", "Richard Pryor Live on Sunset Strip", and "Here and Now" (the latter also his 1982 directorial debut). His numerous recordings have earned him two platinum albums, five golds, and five Grammy's.

Metro Goldwyn Mayer (MGM) is a leading entertainment company focused on the production and global distribution of film and television content across all platforms. The company owns one of the world's deepest libraries of premium film and television content as well as the premium pay television network EPIX, which is available throughout the U.S. via cable, satellite, telco and digital distributors. In addition, MGM has investments in numerous other television channels, digital platforms and interactive ventures and is producing premium short- form content for distribution. For more information, visit www.mgm.com.

Tarnished Angel, Inc., established in 2007 by CEO, Jennifer Lee Pryor, has produced such award winning works as "Omit the Logic" for Showtime, which was named Best Documentary by the NAACP; "I Am Richard Pryor" with Network Entertainment for the Paramount Network; "The Last Days of Richard Pryor" for ABC, and "I Ain't Dead Yet M&#^@F*#%" for Comedy Central. Jennifer, along with Richard, produced the Grammy-Award winning boxset, "And It's Deep Too! The Complete Warner Bros. Recordings (1968-1992)"; "Evolution Revolution: The Early Years (1966-1974), and the "Anthology CDs (1968 - 1992)." Upcoming projects include the re-issuing of two of Pryor's early albums: "Richard Pryor" and "Craps." Jennifer remains devoted to protecting and enhancing Richard Pryor's legacy.

Founded in 2012 by Jamal Daniel, Levantine Films produced Hidden Figures, which grossed $230 million worldwide and was nominated for three Academy Awards® including Best Picture. Levantine Films also produced Blinded by the Light which was acquired by New Line at the 2019 Sundance Film Festival, The Fundamentals of Caring starring Paul Rudd and Selena Gomez, which premiered at the 2016 Sundance Film Festival as the Closing Night Film, and the Golden Globe® nominated Beasts of No Nation directed by Cary Fukunaga. Just this month, the company most recently announced that it acquired the feature film and television rights to Rodney Barnes' and Jason Shawn Alexander's best-selling graphic novel series Killadelphia: Sins of the Father. 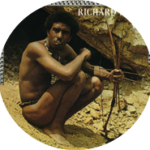 Legendary Albums To Be Restored and Expanded